Ransomware and How to Protect Your Business

16 Feb Ransomware and How to Protect Your Business

Posted at 09:18h in Security by Adtech Admin
0 Likes
Share

Are you doing enough to protect your business from ransomware? According to a recent report published by the United States Justice Department, there were roughly 4,000 attacks every day in 2016. To put that number into perspective, that’s 3x more attacks than just one year prior.

A type of malicious software that restricts file access while demanding the victim pay a ransom. It’s often installed or otherwise deployed on a victim’s computer without his or her knowledge. Once activated, it prevents the victim from accessing his or her files until a ransom is paid.

In most cases, this is deployed using a Trojan, which infects a computer or network through a downloaded file or vulnerability. The Trojan then runs a payload to lock the system, after which a message is displayed demanding the victim to pay a ransom.

Some of the more advanced forms of ransomware even use encryption to restrict file access. Once the files are encrypted, it’s exponentially more difficult to recover them without the respective decrypt key, which is in the hands of the hacker.

Furthermore, paying the ransom doesn’t always guarantee the ransomware will lift file restrictions. It’s not uncommon for victims to pay the ransom, only for the restriction to remain. In other cases, the hacker will request additional money after the victim pays the initial ransom. Either way, there’s no guarantee that a victim will regain access to his or her files after paying the ransom.

Is Ransomware Really a Problem?

Unless you’ve been the victim in the past, you may not view it as a tangible threat to your business. After all, what are the chances that your business will be targeted? Well, the chances are higher than you may realize.

A report published by Kaspersky found that 1 out of every 5 businesses worldwide have been affected by ransomware — and it’s not just major corporations that are being targeted. Researchers found that small and medium-sized businesses were hit the most, with 42% of them being hit by ransomware in 2016.

Even hospitals are coming under fire from these attacks. Last year, the University of Southern California’s Keck and Norris hospitals were infected with ransomware. The Professional Dermatology Care in Reston, Virginia was also hit with ransomware last year.

Businesses big and small are being targeted, and unfortunately there’s no sign of this disturbing trend slowing down anytime soon. If nefarious individuals believe they can make money by deploying ransomware, they’ll continue doing it. Follow the tips listed above to protect your business from ransomware and other forms of malware.

Tips to Protect Against Ransomware 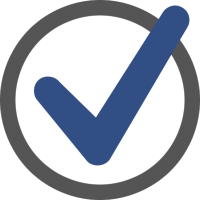